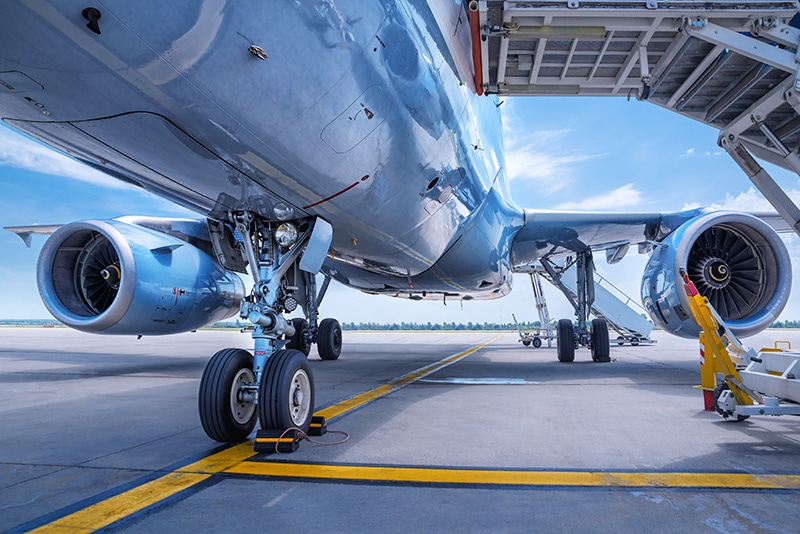 The Law Office of Rick McGuire has represented injured aviation clients in accidents resulting from faulty maintenance in commuter jet aircraft. In one case the Express Jet aircraft reported a faulty brake problem before leaving Salt Lake City, Utah and the flight was delayed while maintenance attempted to repair the brake systems.

After takeoff the aircraft showed a brake pressure hydraulic problem while headed to Denver, Colorado. The crew attempted a landing and while on the high speed roll out after touchdown it was discovered they had no main brakes on the jet. The only choice was to apply the emergency braking system which is either off or on. In other words what you get is a rapid pressure to the main wheel brakes which can throw you forward in your seat. This is what happened to the passenger. Rick McGuire, who has a background flying jet aircraft, immediately realized the pilot pulled the emergency nitrogen brake valve and locked up the brakes.

The passenger received an immediate pain in her neck and had headaches. She worked with the Law Office of Rick McGuire. Rick McGuire has over 50 years of aviation experience as a flight instructor including commercial aircraft operation and maintenance. He personally supervised the file and even thought the air carrier fought back they were successful in getting the case resolved. Rick McGuire is the owner and chief instructor for Aircraft Simulator Training. He not only is a successful aircraft injury attorney but he is a FAA licensed flight instructor.